Does Your Yard Have a Landscaping Theme?

Weeds can be a constant problem for a homeowner to have to address. While weeds can be a persistent problem, there are some strategies that can greatly reduce the problems that these plants can pose for your landscaping.

Minimize Tilling Or Disturbing The Soil

Some homeowners may not be aware of the fact that there may be various weed seeds that have gotten buried too deeply to germinate. However, if the soil is tilled or disturbed, it can lead to these seeds rapidly germinating. For this reason, an effective strategy for minimizing weeds can be avoiding disturbing large patches of soil. When this is unavoidable, you will want to be particularly diligent about removing weeds as soon as they germinate in the days after the soil is disturbed.

Mulch can be an effective way of making it much harder for the weed seeds to germinate. This is due to the ability of the mulch to make it harder for the roots of the weed to reach the soil as well as the mulch being heavy enough to keep the weeds that are able to germinate from making it to the sunlight. While mulch can be a chemical-free way of reducing weed growth, it will need to be replenished each year. Otherwise, it may start to become thin enough to allow the weeds to break through.

Use Weed Netting Whenever Possible

Weed netting is another option that you can utilize to reduce weed growth without negatively impacting the plants that you are trying to grow. This protective layer can be placed over the soil in areas that are especially vulnerable to weed growth. If you are concerned about the appearance of this landscaping fabric, you can cover it with a thin layer of mulch to hide it while still allowing it to be as effective as possible.

Be Mindful When Watering The Landscaping

Being inaccurate when watering the landscaping can lead to you accidentally nurturing weeds. Once weeds start growing in these areas, they may be able to rapidly spread to other areas of your landscaping. To help minimize this risk, it is possible to install an irrigation system that will be able to specifically target the plants that you want to grow. A drip irrigation system can be an option that will accurately water these plants while also using as little water as possible. Portable sprinkler systems may be among the least costly irrigation options, but they will be among the least accurate.

Reach out to a professional for help with weed control. 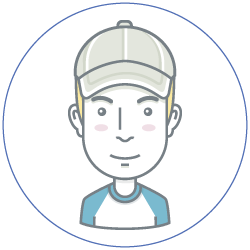 What is the landscaping theme of your property or yard? If you said a mowed lawn and a couple of trees, this blog is for you. My name is Anne, and I love helping people give their yard a unique feel. The most interesting landscaped properties I have worked on and seen have been those with a theme. Your yard's theme doesn't have to be specific, although it can be. It might be something as simple as using native plants or creating a park like setting. I'll go over various landscaping themes along with the pros and cons of each so you can find the best look for your yard.